The ‘autonomous emergency braking systems with pedestrian detection technology’ perform inconsistently overall, and proved to be completely ineffective after dark, the new research from AAA reveals. The results are alarming, considering the fact that 75% of all pedestrian fatalities occur after dark.

“Ideally, autonomous technology will reduce roadway deaths but, as the advocacy group for ALL roadway users, AAA will continue to test these new technologies to ensure effectiveness - and highlight flaws,” says Amy Parmenter, spokesperson for AAA in Greater Hartford. 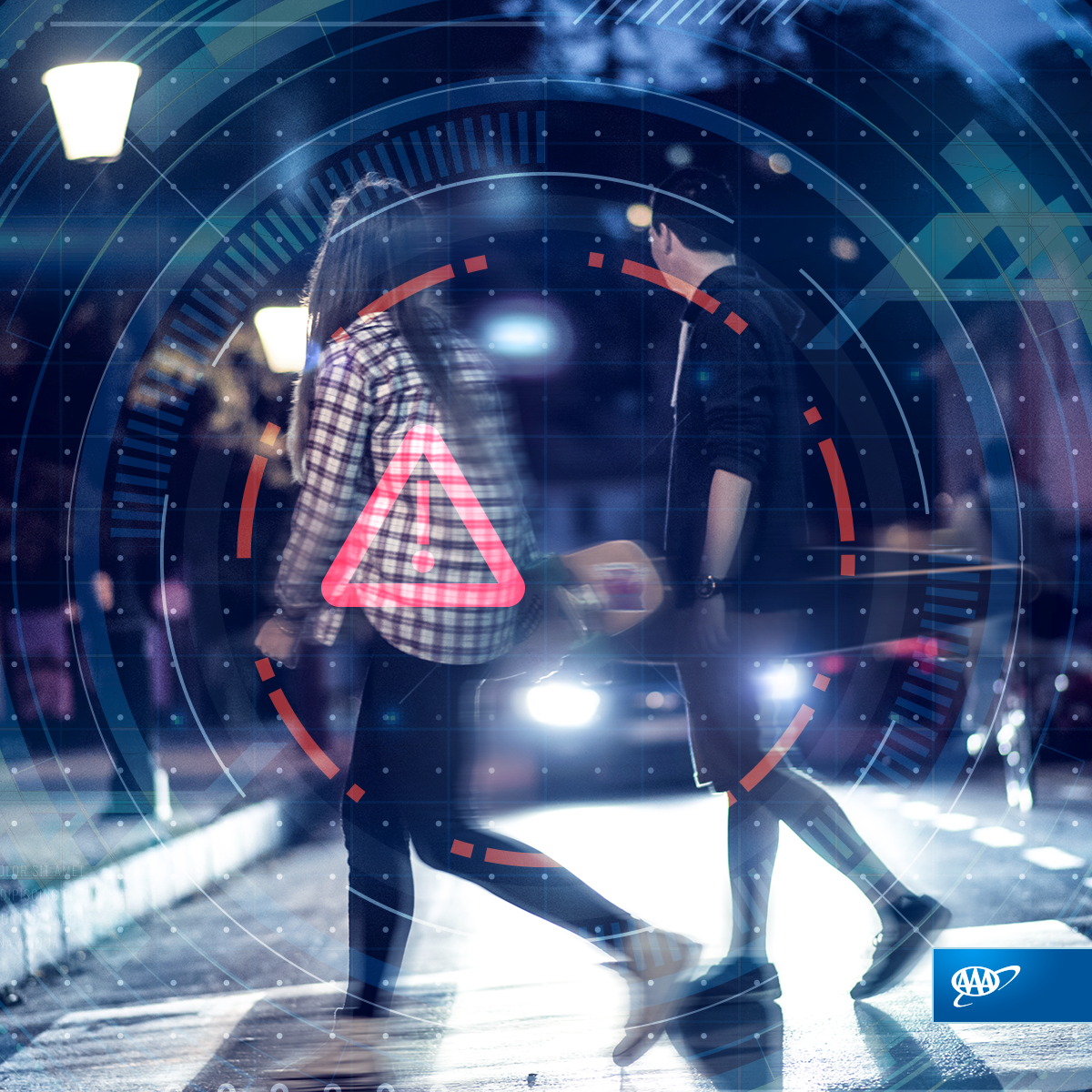 The systems were also challenged by real-world situations, like a vehicle turning right into the path of an adult. AAA’s testing found that in this simulated scenario, the systems did not react at all, colliding with the adult pedestrian target every time.

For the safety of everyone on the road, AAA supports the continued development of pedestrian detection systems, specifically when it comes to improving functionality at night and in circumstances where drivers are most likely to encounter pedestrians. On average, nearly 6,000 pedestrians lose their lives each year, accounting for 16% of all traffic deaths, a percentage that has steadily grown since 2010.

“Pedestrian fatalities are on the rise, proving how important the safety impact of these systems could be when further developed,” said Greg Brannon, AAA’s director of Automotive Engineering and Industry Relations. “But, our research found that current systems are far from perfect and still require an engaged driver behind the wheel.”

While time of day and location are contributing factors to pedestrian fatalities, vehicle speed also plays a major role. Previous research from the AAA Foundation for Traffic Safety detailed and quantified the risk of severe injury or death for pedestrians struck by vehicles.

AAA’s latest study found that speed impacted system performance as well, with results varying between testing performed at 20 mph and 30 mph. In partnership with the Automobile Club of Southern California’s Automotive Research Center, AAA evaluated the performance of four midsize sedans equipped with automatic emergency braking with pedestrian detection to determine the effectiveness of these systems.

Testing was conducted on a closed course using simulated pedestrian targets for the following scenarios:

Overall, the systems performed best in the instance of the adult crossing in front of a vehicle traveling at 20 mph during the day. In this case, the systems avoided a collision 40% of the time. At the higher speed of 30 mph, most systems failed to avoid a collision with the simulated pedestrian target. The other scenarios proved to be more challenging for the systems:

“The rise in pedestrian deaths is a major concern and automakers are on the right path with the intent of these systems,” continued Brannon. “Our goal with this testing is to identify where the gaps exist to help educate consumers and share these findings with manufacturers to work to improve their functionality.”

New vehicle technology can alert drivers and assist in lessening the likelihood or severity of a crash – whether with another vehicle or even more importantly, a pedestrian. Until these systems are proven to perform consistently – especially pedestrian detection systems – during the day and at night and in a range of situations, AAA recommends drivers always:

It is a driver’s responsibility to yield to pedestrians, but those traveling by foot should be diligent as well. Pedestrians should use caution by staying on sidewalks and using crosswalks as often as possible. Always obey traffic signals, look both ways before crossing the street and do not walk and text. Put simply, vehicle speed influences the probability that a pedestrian struck by a vehicle will sustain severe injuries or die.

To assess the capabilities of pedestrian detection systems, AAA conducted primary research in partnership with the Automotive Club of Southern California’s Automotive Research Center in Los Angeles, California. Track testing was conducted on closed surface streets on the grounds of the Auto Club Speedway in Fontana, California.  Four test vehicles were selected (2019 Chevy Malibu, 2019 Honda Accord, 2019 Tesla Model 3 and 2019 Toyota Camry) using specific criteria and each test vehicle was outfitted using industry-standard instrumentation, sensors and cameras to capture vehicle dynamics, position data and visual notifications from the pedestrian detection system. Three simulated pedestrian targets were used including two dynamic models and each were outfitted with industry-standard instrumentation to time movement as well as receive position, speed and acceleration from the dynamic target.

Complete methodology can be found in the full research report here.

AAA provides automotive, travel and insurance services to 58 million members nationwide and more than one million members in Connecticut.  AAA advocates for the safety and mobility of its members and has been committed to outstanding road service for more than 100 years. The not-for-profit, fully tax-paying member organization works on behalf of motorists, who can now map a route, find local gas prices, discover discounts, book a hotel and track their roadside assistance service with the AAA Mobile app for iPhone, iPad and Android. For more information, visit www.aaa.com.